MNZ was asked to assist the Australian Maritime Safety Authority (AMSA) in responding to an offshore blowout at the Montara well platform in the Timor Sea.

Maritime New Zealand ©2020
A slick of oil leaves the Montara well and escapes into the Timor sea.

The Montara well is located between the Indonesian island of Pulau Roti and Western Australia.

The request for assistance was in line with a long-standing memorandum of understanding between MNZ and AMSA for assistance during significant marine pollution events.

The initial request, on 2 October 2009, was for two responders. A planning officer was required to provide strategic advice to the incident controller and conduct forward planning for the response. 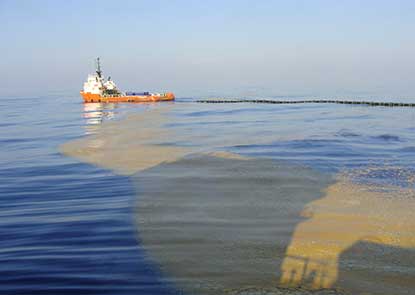 A logistics officer was to undertake the ongoing coordination of logistical requirements for what was Australia’s first major offshore response operation.

Within 48 hours of the request, Rob and Christiaan were on their way to Darwin. The pair spent the following 10 days based in Darwin as part of the AMSA team.

The incident had begun on 21 August with an uncontrolled release of gas and crude oil at the Montara H1 ST1 well.

The West Atlas drilling rig was immediately powered down and all 69 personnel on site successfully evacuated.

The initial response consisted primarily of aerial application of dispersants from a Hercules C130 aircraft.

However, this was soon replaced with a combination of on-water recovery and on-water dispersant operations.

Up to six large off-shore rig tender-type vessels were employed in the response operation, along with daily aerial monitoring flights. On 10 September, 20 days after the incident began, the West Triton drilling rig arrived from Singapore to drill a relief well and intercept the leaking Montara well.

After a number of unsuccessful attempts an intercept was achieved 73 days after the incident began on 2 November and the pumping of heavy mud into the Montara well began.

However, less than 3 hours later a fire broke out on the platform further delaying completion of the well plugging. The fire was extinguished the following day but resulted in extensive damage. 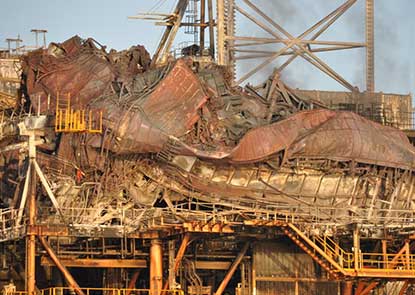 The Montara oil is classified as a light crude with a relatively high wax content of 11 percent. In the tropical conditions the oil weathered rapidly and that together with the dispersant and on-water recovery operations resulted in most of the remaining oil forming a waxy sheen.

The waxy residue appeared to have relatively little impact on wildlife and few wildlife casualties were reported. However, the full environmental impact of the spill is yet to be determined.

Rob says it will be some time before all the environmental and socio-economic impacts of this incident become evident.

“There will undoubtedly be lessons for Australia and other countries with an off-shore oil industry, including New Zealand.

“Incidents of this scale and severity are quite infrequent, and those members of New Zealand’s National Response Team who were fortunate enough to be involved in the response have gained valuable experience,” says Rob. 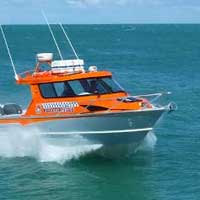