This safety update is for

A recent review of Maritime Rule Part 40D Design, Construction and Equipment – Fishing Ships has highlighted that a considerable number of fishing vessels have blocked freeing ports. The freeing ports are being blocked by sliding covers, locks on hinged covers, or other means.

Imagine being at sea on your fishing vessel at night in bad weather. Water is being shipped on deck and it is dark. Can you be absolutely sure that the sliding covers on your freeing ports have not slipped down and are stopping the water escaping off the deck?

The accumulation of water on the deck reduces stability and exposes the ship and the crew to considerable risk.

It is acceptable to have covers on freeing ports, as long as they are arranged in such a way that they – DO NOT PREVENT THE RAPID ESCAPE OF WATER FROM THE DECK.

Examples of unacceptable covers are illustrated below: 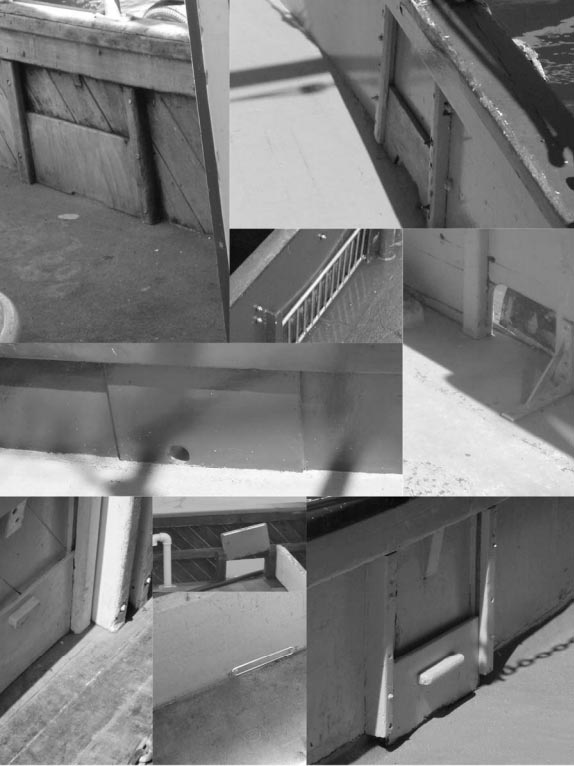 Results of water trapped on deck

Any combination of these situations will have an adverse effect on the safety of the vessel and that of the crew.

Water trapped on deck is extra weight. It will cause the vessel to sink further into the water and reduce the freeboard of the vessel. As the vessel heels over, the deck edge will be submerged, allowing even more water to come onto the deck. This exaggerates the problem and can result in the rapid loss of the vessel.

The effects of water on deck are illustrated below: 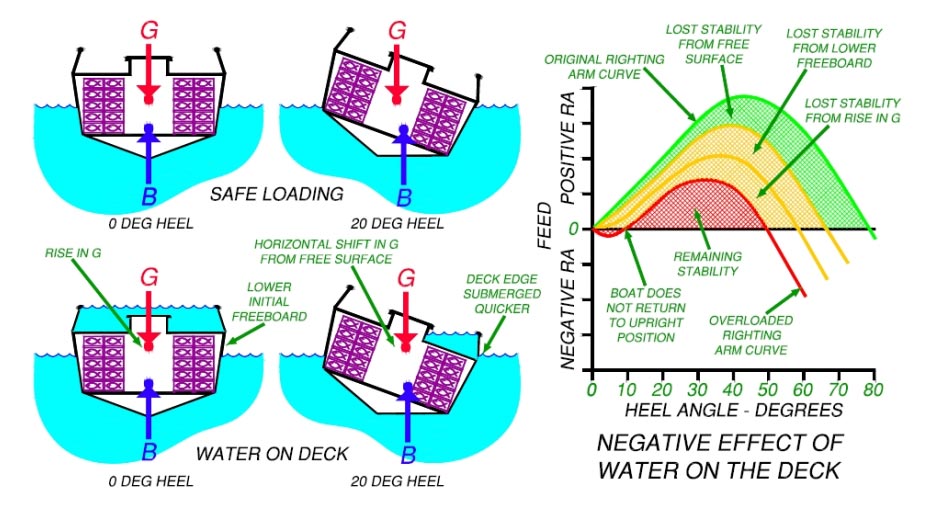 The free-surface effect of water trapped on deck dramatically affects the balance (stability) of the vessel. A small amount of water on a deck may not look like very much, however, 100mm of sea water covering a 6m long by 3m wide enclosed deck weighs just under 2 tonnes. As such a vessel rolls, about 2 tonnes of water moves with the vessel on each roll pushing it further over. As the diagram shows, the free-surface causes a horizontal shift in the centre of gravity (G) of the vessel, reducing the vessels ability to right itself after heeling over.

Water trapped on deck will also cause the centre of gravity of the vessel (G) to rise due to the extra weight.

As the diagram shows, the rise of G along with the free-surface effect and lower freeboard will reduce the reserve intact stability of the vessel. This means water trapped on the deck of a vessel that is heeling over will reduce the vessel’s ability to return to its normal upright position.

Skippers and crew should review the freeing ports on their vessels taking note of this bulletin. Options to be considered instead of using sliding covers, include a grill arrangement, as shown overleaf, or hinged flaps that are fitted to the outside of the bulwark structure, allowing water on deck to escape. In this way, the water will be prevented from coming aboard, fish on deck will not be lost and if there is water on deck it can escape as quickly as possible.

A suitable freeing port is illustrated below: 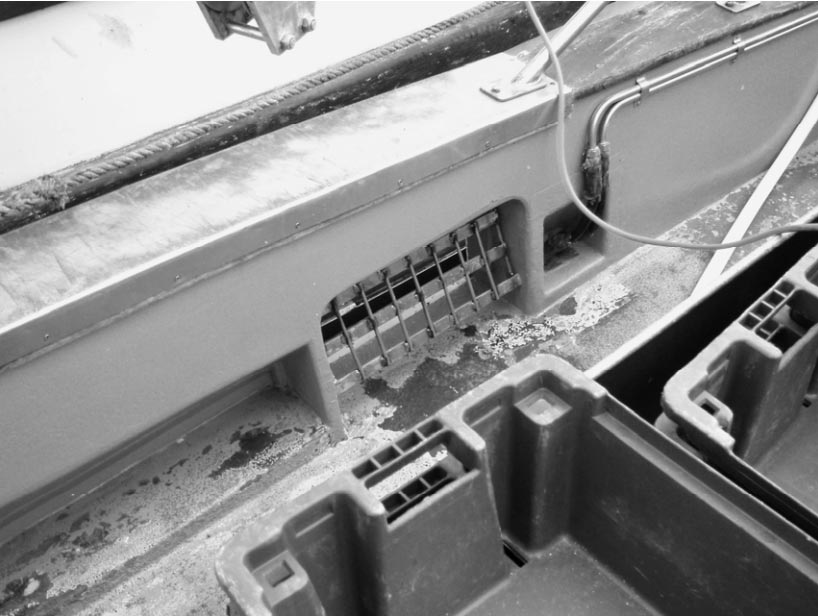 Get an email notification when a safety update is available online.

If you have any questions about this safety update, please contact our Wellington office.

enquiries@maritimenz.govt.nz
Tell us what you need help with and remember to include your contact details (email address and phone numbers).