RCCNZ successfully coordinated the rescue of Amaltal Columbia, a fishing vessel, that caught fire 8 nautical miles (70 kilometres) north-east of the Lyttelton Heads, off the coast of Canterbury.

Maritime New Zealand ©2023
Lifeboats were used to transfer most of the crew.

A fire in the fish meal hold of the 64 metre Talley’s vessel prompted a pan-pan radio call at 5.19am, indicating the vessel was in trouble but not in immediate danger.

This was followed by a mayday call six minutes later. The Maritime Operations Centre (MOC) relayed the mayday call and two other fishing vessels – Ivan Golubets and San Discovery – responded and steamed to the scene.

The MOC notified the Rescue Coordination Centre New Zealand (RCCNZ) who coordinated the rescue, tasking an RNZAF P3 Orion, which was already in the area, to take position above the Amaltal Columbia shortly after the mayday call. A helicopter from Christchurch was also tasked to assist with any urgent evacuations. 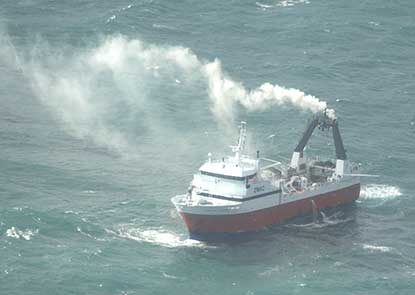 The Amaltal Columbia continued steaming towards Lyttelton at around seven knots with the affected hold sealed off in an effort to starve the fire of oxygen.

The two other fishing boats arrived in position around 8am, with the vessel eventually losing power as a result of the fire. The order to abandon ship was given shortly after 9am.

The crew were transferred from the stricken vessel into lifeboats and then on to fishing boats, with 39 taken on board Ivan Golubets and the remainder on San Discovery. With a 3 metre swell and winds of 15–25 knots, this was not an easy process, but it was completed without injuries.

Subsequently, the vessel was deemed safe to be reboarded by the master, who was accompanied by a small party. It was taken under tow by San Discovery and arrived in Lyttelton early the following morning.

Search and Rescue Mission Coordinator Tracy Brickles said the safe transfer of crew off the vessel was an excellent result.

“The priority in these situations is always the safety of the crew. Thanks must go to the masters of Ivan Golubets and San Discovery for their prompt response.”

After its catch had been unloaded in Lyttelton – miraculously undamaged – the Amaltal Columbia was towed to Nelson for repair.   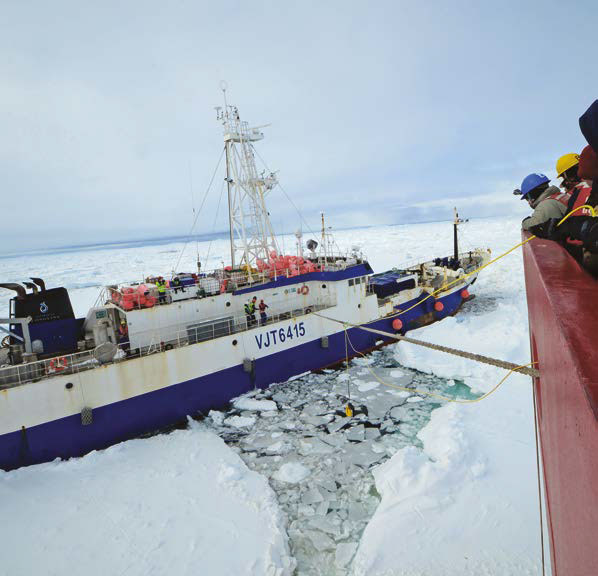